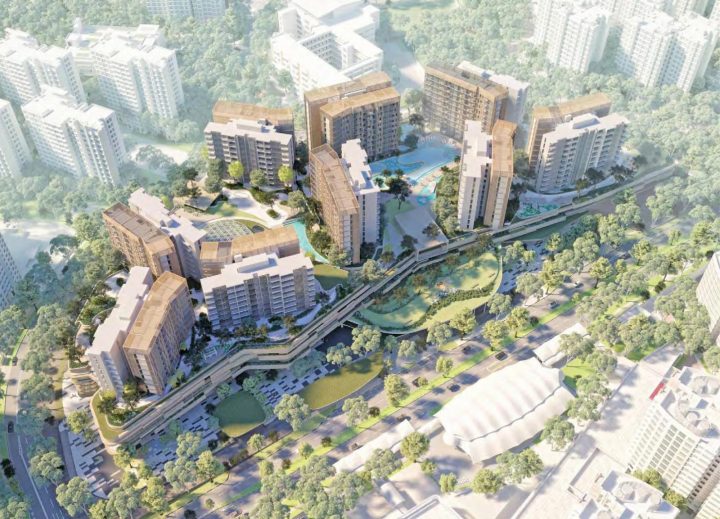 Breaking recent news is an announcement by the Urban Redevelopment Authority-URA that two companies have been awarded the tender for a commercial and residential site at Sengkang Central, Singapore. The two, City Developments Ltd-CDL and CapitaLand managed to beat their other two shortlisted counterparts to bag the winning bid prized at $777.8 Million which translates to $923.6 per square foot per plot ratio- (psf ppr). These companies are now gearing to set base on the 3.7 hectares of land which holds the title for the largest commercial and residential tender ever won since 2015.

Background history of the winning tenderers

The City developments Ltd was founded on September 7th, 1963 and in 1965 the company finished its first 200 housing unit project. From then on, the company continues to break new boundaries in its quest to acquire, develop and sell property.

On the other hand, one of Singapore’s most profound development companies is CapitaLand. With an unbeaten record and enviable portfolio, CapitaLand has built, serviced apartments, malls, homes, and offices spread across 150 cities in over 30 countries throughout the world. The company’s main works can be seen mainly in China and Singapore and slowly exploring other prime areas like Vietnam and Indonesia.

This joint venture aims at developing the awarded land into a one-stop shop with a total of 700 apartments, retail shops, hawker center, childcare areas, public rail and bus stop, and three floors housing the community club. The two companies intend to have this mega project completed by 2022.

The Sengkang Central tender project was unveiled on December 28th, 2017 and later closed June 21st, 2018. Seven concept proposals were forwarded by six companies with one of the companies forwarding two concept proposals. All participants were asked to present their tender prices in one envelope and the concept proposal in a different envelope.

At the shortlisting stage, the envelopes of the four successful contenders bearing the tender prices were opened. Thereafter the tenderer with the highest bid was awarded the rights to work on the project in question.

The project is considered prime owing to its favorable proximity to other Major sites in Singapore. For instance, the proposed community project will be located only 20 minutes away from the Central business district if you are driving and 25 minutes from the Dhoby Ghaut MRT Station.

The Concept Evaluation Committee-CEC gave all six companies a chance to present their tenders before them. Thereafter, the CEC concluded that only four proposals were viable and were in line with all the requirements. The four shortlisted candidates included;

In their proposals, the successful tenderers carefully demonstrated their building designs and layouts. They explained further how they would effectively cater to a large number of people who would regularly frequent the place. The winning proposal provided commendable solutions such as beautiful landscapes, pedestrian-friendly areas which would prove necessary in public places on the ground and first floors. They included well-designed spaces aimed at holding events and other types of gatherings. 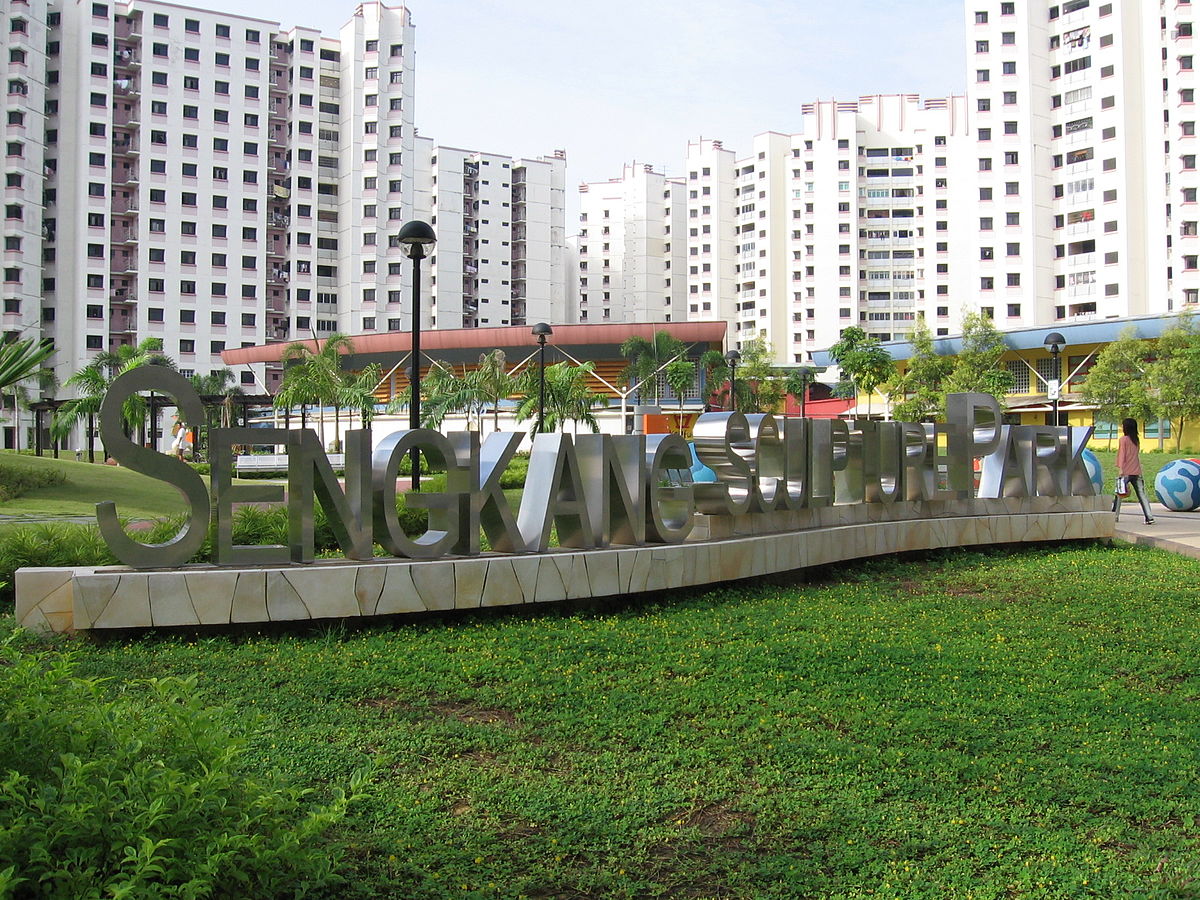 Sengkang Central was originally a fishing village known as Kangkar. In the mid-20th century, Sengkang was covered in numerous pepper, rubber and pineapple plantations. It was until 1994 when efforts began to turn the small town into a largely residential area. It was therefore divided into seven subzones which continue to undergo development to date. The first apartment building commonly known as a flat was built in 1997 in the Riverdale subzone. Now, there are numerous flats with over 65, 981 housing units in the whole of Sengkang. In a bid to turn it into a residential town, the Housing Development Board continues to approve numerous projects. Sengkang is located on the Northeast parts of Singapore and sits on prime fertile land, what with river Sungei Punggol and river Sungei Serragon, SengKang boasts of beautiful landscapes and vast greenery. The town has a population of over 232,100 people and sits on 22,000 Kilometers of land. The small town has a robust transport system that features private means, bus and the most preferred is the modern rail transport system. 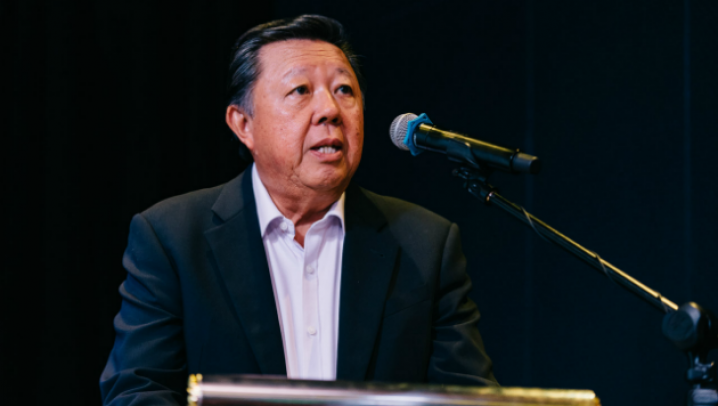 The role of Business Valuation has always been instrumental to mergers and acquisitions and fundraising in the capital markets. The expanded use of fair value in financial reporting has further put a spotlight on the valuation profession as a critical contributor to the reliability of financial statements and indirectly to the workings of the capital markets. Despite this, there is still no single professional framework governing the profession in terms of conduct, education, credentialing, and performance.

There is still no single professional framework governing the profession

The absence of such a framework makes it more difficult for the business community at large, who hire valuation professionals, to easily ascertain whether valuers possess the requisite skills to perform a high-quality valuation. Additionally, there is risk that the lack of a framework could impact the quality, efficiency, and effectiveness of the valuations being performed.

Benefits to the business community

On this basis, the case for a governing framework for the valuation profession seems clear, but what would the benefit be to those who rely on and use the work of professional valuers?

A more efficient selection process for buyers of valuation advice

The accreditation of valuation professionals would make selection of providers a more efficient process for buyers, reducing the amount of diligence required through reliance on the professional accreditation.

The accreditation of valuation professionals would allow smaller valuation providers to demonstrate market credibility by membership of and adherence to the professional framework. This would provide buyers with a greater choice of provider and increase market competitiveness to the benefit of buyers.

Increased confidence in the robustness and consistency of the work

A professional framework would credentialise valuation professionals based on education, experience, examination, or some combination of these factors. This would give buyers comfort on the technical competence of the valuer in a world of increasingly complex and specialised valuation requirements.

Performance standards would also provide guidelines for the level of analysis to be applied and work to be performed to issue a valuation report. A robust quality review process would promote high-quality valuations, and provide a meaningful disciplinary mechanism for members who do not comply with the standards of conduct and performance. This would give additional comfort to buyers of valuation services that the valuation work has been performed to a good and consistent standard.

A professional framework is likely to include a code of conduct giving buyers of valuation services comfort on professional behavior. This would cover important considerations such as independence, conflicts of interest, and due professional care, all of which would enhance buyer’s confidence in their dealings with appropriately accredited valuation professionals.

A widely recognised set of professional standards would enhance user and regulator confidence in the quality of valuations performed by promoting a greater level of consistency and robustness in the methodology, documentation and business/professional conduct. The Business community is also likely to benefit from a wider choice of valuation providers and a more competitive market for valuation services. #

The Chartered Valuer and Appraiser Programme was officially launched on 19 April 2016. Registration for the first intake is now open. Please click here for more information.